WHAT ARE THE LEADING CAUSES OF WORKPLACE INJURIES? 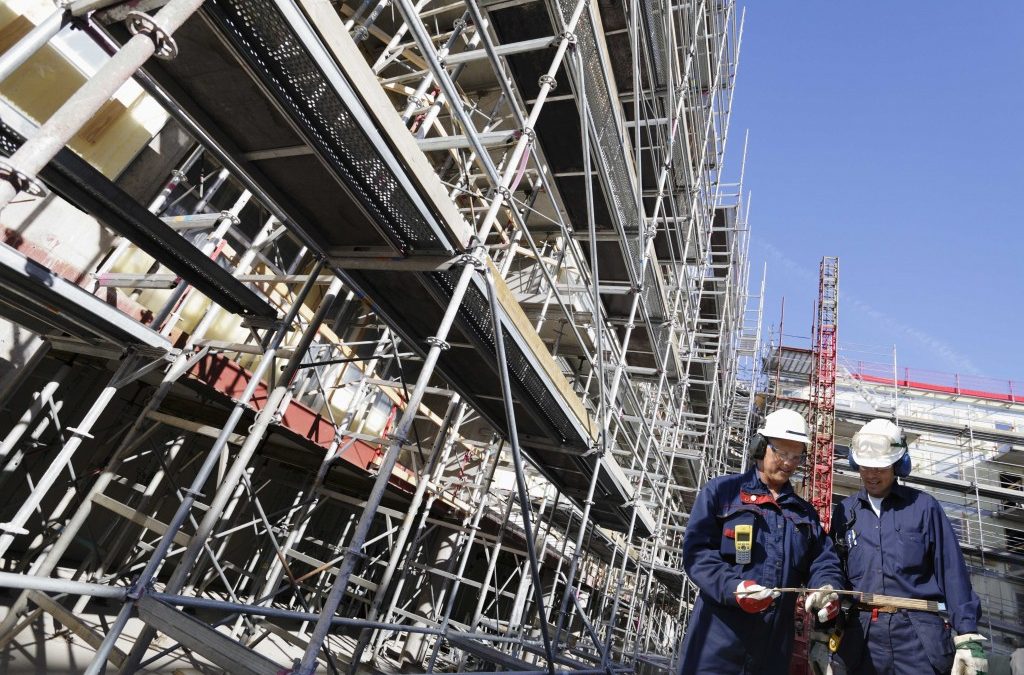 Working hard can be hard on the body and injuries can happen whether a worker is unloading freight or sitting at a desk all day. From the warehouse to the boardroom, the following are the most common workplace injuries that you should be aware of. This data compiled by the Bureau of Labor Statistics represents injuries occurring in 2012 whose impact was felt for 6 days or longer.

Slips & Falls – From icy loading docks to spilled milk on aisle 13, slips and falls comprise the greatest risk in the workplace. Of the workers’ compensation claims filed in 2012, 27.6% were the result of slips and falls. Many of these were injuries that could have been prevented via proper warning signage and clean-up procedures. Unsurprisingly, most slip and fall accidents occur in Indiana, Wisconsin, Michigan, Illinois, and Minnesota; states where treacherous weather conditions can make movement around the workplace dangerous for much of the year.

Overexertion – Stretching too far, lifting too high, pushing too hard, and bending too low caused 25.3% of all workplace injuries. Overexertion is a common injury within factories and warehouses where employees are required to move heavy machinery and palettes all day long. Overexertion often results in soft tissue injuries that can take days, weeks, even years to manifest which is why it is important for workers to continually monitor their health and report any potential injury as soon as it has occurred.

Vehicular Accidents – 5.3% of workers’ compensation claims are the result of automobile and truck accidents. From drivers hauling cargo via semi-trucks to taxi drivers ferrying passengers throughout town, 1 in 20 workers’ compensation claims handled by Chicago workers’ compensation attorneys are the result of incidents that happen on the road. Many of these can be tied to faulty safety equipment on an employer’s vehicle, or from the dispatching of drivers into dangerous road conditions. Many of these were fatal and in 2013, Texas, Florida, Illinois, Pennsylvania, and California experienced the greatest number of roadway worker deaths.

Repetitive Motion Injuries – Operating equipment via a computer booth or sitting at a keyboard in an office is not a risk free job. These jobs can lead to injuries such as carpal tunnel syndrome, tendonitis, bursitis, arthritis, vision problems, and many types of soft tissue injuries. It’s estimated that 3.5% of workplace injuries were related to micro-tasks including typing and parts assembly. These are among the most insidious of injuries because they are the cumulative result of months, even years of work which makes them more difficult to track and treat effectively.

Strikes or Compressions – Fast moving equipment, improperly secured tools, clothing caught in machinery, and the negligence of other employees led to 6.4% of work related injuries. Many of these head, neck, foot, hand, back, and soft tissue injuries could have been prevented had employers adhered to OSHA guidelines for workplace safety.

The Institute for Work & Health has recently released a study indicating that enhanced OSHA inspections and penalties levied against employers flagrantly violating safety standards are reducing work related injuries and fatalities. Of particular note, the study found that the threat of inspection was ineffective at deterring specific workplace safety violations that lead to the most common types of workers’ compensation claims. As such, it’s clear that the best way for workers to reduce and prevent workplace injuries from occurring they must be willing to file complaints that OSHA can investigate and act upon.

Nationwide, there were 3.0 million nonfatal workplace injuries reported in 2014. This represents a rate of nearly 3.2 incidents per 100 full-time employees. This represents a decline of 54,000 incidents from those reported in 2013. Of the total number of workers sustaining injury, nearly half required time away from work to recover, restrictions upon returning to work, and even job transfers due to the fact that they could no longer perform their previous job.

Further, the Bureau of Labor Statistics latest data shows that those at greatest risk of injury worked in mid-sized businesses employing between 50-250 workers. It also showed that service-providing industries remain the most dangerous with a total of 2.1 million workplace injuries being reported. Second on the list were manufacturing and goods producing industries that accounted for 700,000 workplace related injuries.

Workplace Injuries and Deaths are Down, but Remain High

In 1970, OSHA determined that there were 38 worker deaths per day in the United States. By 2012, that number had fallen to 12 per day. While an improvement over previous decades, it means that nearly 4,400 workers are still dying on the job every year. It’s a number that should cause employees and employers alike to pause and take notice of their own workplace conditions that may be putting people at unnecessary risk of serious injury or death.