DO SCHOOL BULLIES GROW UP TO BECOME ADULT BULLIES? 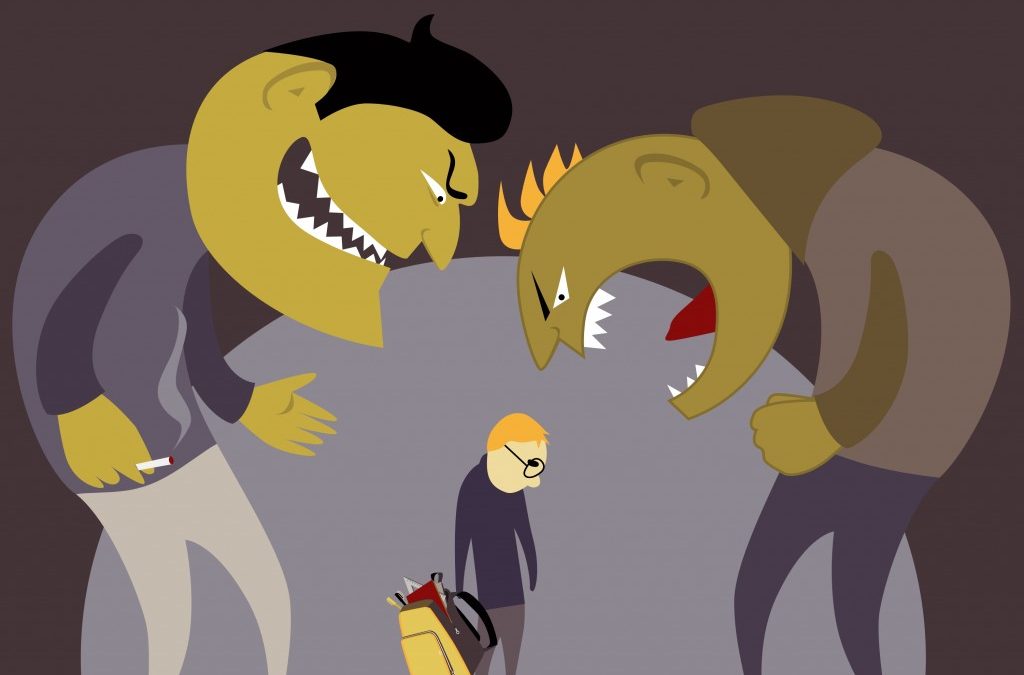 Many children in Illinois harm those that they go to school with by bullying them. According to Stopbullying.gov, 30 percent of young people admit that they have bullied others in surveys. However, for many child bullies, this abusive behavior is not temporary and is something that stays with them as they grow into adults.

Although child bullies harass and intimidate others for many different reasons, bullies often share certain characteristics. These include the following:

Oftentimes, school bullies are not naturally inclined to engage in these harmful behaviors. Rather, they learn these behaviors over time and are raised to attempt to gain superiority and control of others whenever they can. According to WebMD, child bullies continue to exhibit these behaviors as they grow up because as adults, they are more likely to use drugs, drop out of school and get into crime and fights than their peers who did not bully others.

The link between child and adult bullies

Children who bully others at school are also more likely to bully others in their personal relationships as adults. For example, a study published in the journal Pediatrics discovered that child bullies are prone to abuse their wives and girlfriends when they grow up. This conclusion was made after researchers surveyed over 1,400 men who were between 18 and 35-years-old at a community center in Boston. Those men who admitted that they had frequently bullied others at school growing up were four times more likely to abuse their partner as adult bullies than the men who reported that they had never engaged in bullying at school.

However, the link between child bullies and workplace bullies is not as strong because the atmosphere developed in many industries is responsible for fostering bullying behavior amongst co-workers and employees. For example, in the healthcare industry, promotions and power over others is given not because of skill, but because of education. This leads to an environment where a workplace bully can flourish, acquiring a higher position by obtaining an impressive set of degrees, and then using this education to intimidate those in lower positions.

Although many school bullies often engage in similar bullying strategies as they become adults, these behaviors do not have to perpetuate. Parents with a child suffering from the actions of a bully at school should consider speaking with an attorney who can devise a plan to put an end to the bully’s behavior.